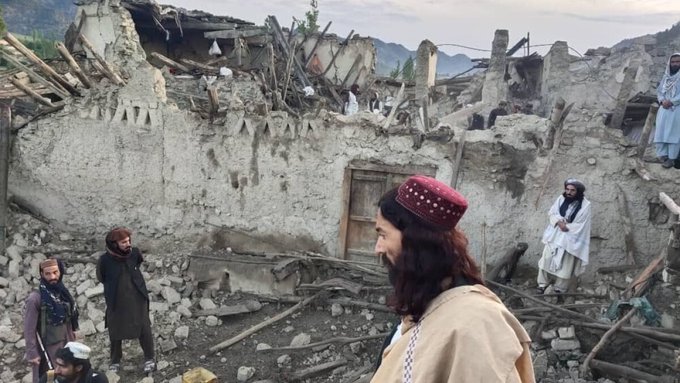 Information remained scarce on the magnitude 6.1 temblor that damaged buildings in Khost and Paktika provinces. It comes as the international community has largely left Afghanistan after the Taliban takeover of the country last year and the chaotic withdrawal of the U.S. military from the longest war in its history.

Neighboring Pakistan’s Meteorological Department said the quake’s epicenter was in Afghanistan’s Paktika province, just near the border and some 31 miles southwest of the city of Khost. Such temblors can cause severe damage, particularly in an area like this one where homes and other buildings are poorly constructed and landslides are common.

Footage from Paktika province showed people being carried into helicopters to be airlifted from the area. Others were treated on the ground. One resident could be seen receiving IV fluids while sitting in a plastic chair outside the rubble of his home and still more were sprawled on gurneys. Other images showed residents picking through clay bricks and other rubble from destroyed stone houses.

The state-run Bakhtar news agency reported the death toll, and its director-general, Abdul Wahid Rayan, wrote on Twitter that 90 houses have been destroyed in Paktika and dozens of people are believed trapped under the rubble.